The Legend of the Witch of Yazoo

The Witch of Yazoo 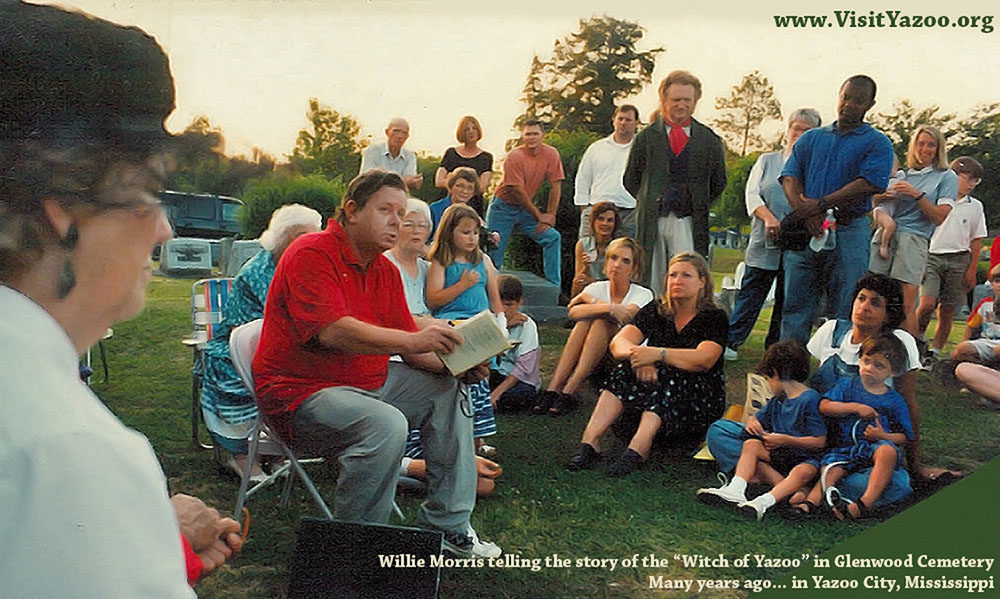 Located in the middle of the historic section of Glenwood Cemetery, Yazoo City’s public cemetery, is a grave surrounded by chain links known as, “The Witch’s Grave”. The legend of the Witch of Yazoo became famous in Willie Morris’ book, Good Old Boy published in 1971. This story is an example of the unusual folklore surrounding Yazoo County. Many have pointed out that the grave and the legend were there long before Morris was born, and that the chain had been broken for a long time.

According to the legend, the old woman lived on the Yazoo River, and was caught torturing fishermen who she lured in off the river.  The sheriff is said to have chased her through the swamps where she was half drowned in quicksand by the time the sheriff caught up with her.  As she was sinking, she swore her revenge on Yazoo City and on the town’s people.  “In 20 years, I will return and burn this town to the ground!”  No one thought much of it at the time.  Then came May 25, 1904…

The Fire of 1904 destroyed over 200 residences and nearly every business in Yazoo City – 324 buildings in total.  Many theories evolved as to how the fire started, but none were conclusive. The most popular theory is that the fire started in the parlor of a young Miss Wise who was in preparation for her wedding to be held later that day.  While this is quite possible and certainly innocent enough, it is the strange and fierce winds that were blowing on that fateful day, unusual for the time, that lead many to blame the witch.  The flames were said by witnesses to have jumped through the air, as if driven by some supernaturally forceful winds. This is one of the eeriest facts of the story. Area weather reports from May 25, 1904, make no mention of high winds in the area.

A group of citizens made their way into Glenwood on the day after the fire, and found the large chains around the grave of the witch broken in two. 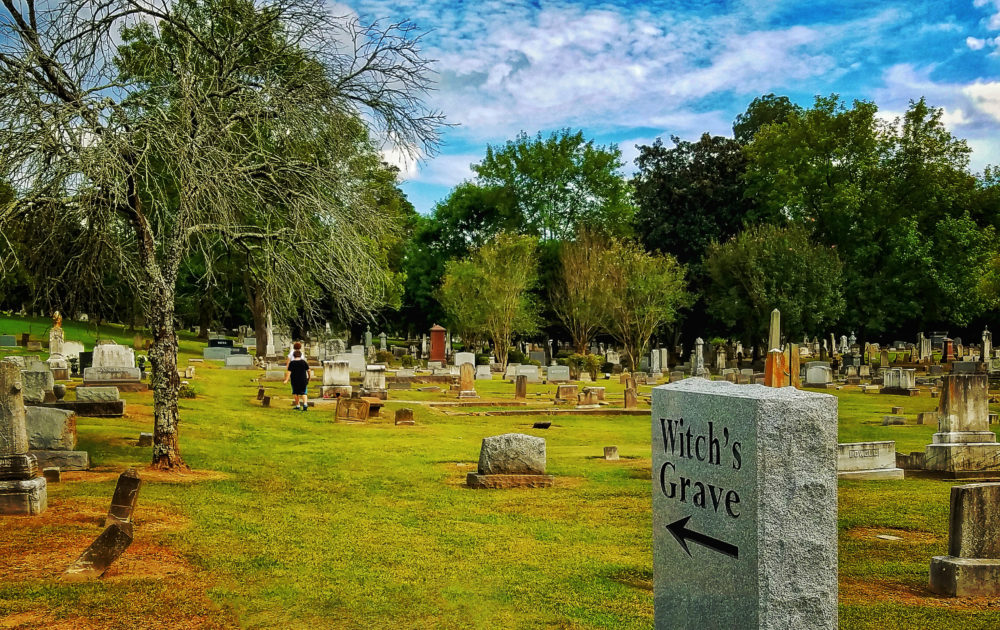 Today, adults and children alike enjoy taking the tour of Glenwood Cemetery and hearing the story of the witch, (affectionately termed by, “The Chain Lady,” by many in modern-day Yazoo) as well as the story of many other famous and infamous Yazooans, led by our costumed storytellers.  Many others visit to see the grave by themselves, and to enjoy the peace and serenity that can be found only in such an historic resting place as Glenwood.  You can learn more about scheduling a tour for your group by visiting our Tours page, or download the witch brochure (including a map to the grave) to visit on your own time, if you like.

Some folks have said that the truth of the witch’s grave is that a man is buried there.  Make no mistake, there is no evidence of this.  In fact, the only record ever to have been found, to our knowledge, shows that a woman owned the plot in Glenwood where the witch’s grave is located.  Many years ago, the stone (now long gone) which was original to the grave only had the letters T. W. (The Witch??). The stone which is now in place mysteriously fell and split in two shortly after installation.  No one knows why for certain.  The heavy chains surrounding the grave are constantly being repaired, only to fall apart again shortly after.

There is certainly some mysterious force at work here.  Come see for yourself, and hear the story.  Then, decide what you believe…

Current local lore says that when all of the chains are gone from her grave, “the witch” will return again to exact her revenge on Yazoo City. To this day, our cemetery sextons are very careful to keep the chains repaired and in place, though they often are broken again very soon after being repaired.