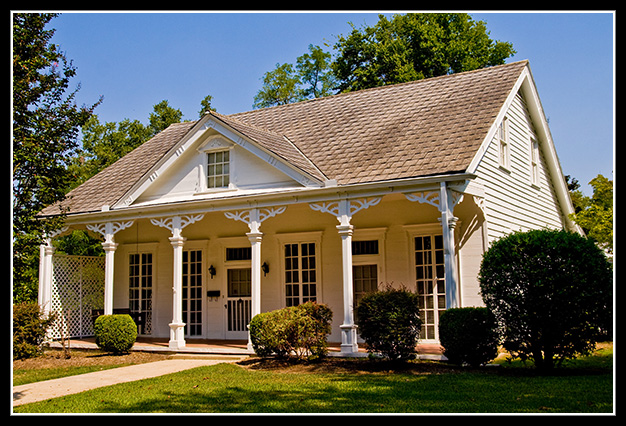 The Hollies, on West Broadway in Yazoo City, is an old but elegant cottage dating back to the days when Yazoo City was named Manchester. The arrangement of the front, with a pediment over the three central bays of an inset porch and square staged columns with graceful brackets, achieves a certain monumentality. French doors across the front are a 20th century alteration. The house was built of sturdy cypress , wooden pegs, and square nails by Dr. Washington Dorsey, one of the city’s first physicians.

Records show that the land on which the house was built was divided into lots in 1830, when the original settlement of Haines Bluff on the river bank branched out into the city of Manchester. At that time Polly Johnston sold 800 acres, including the two lots on which the house is located. Four years later Dr. Dorsey bought one of the two lots and built the house that now stands, making its 1834 construction date one of the earliest in Yazoo City.